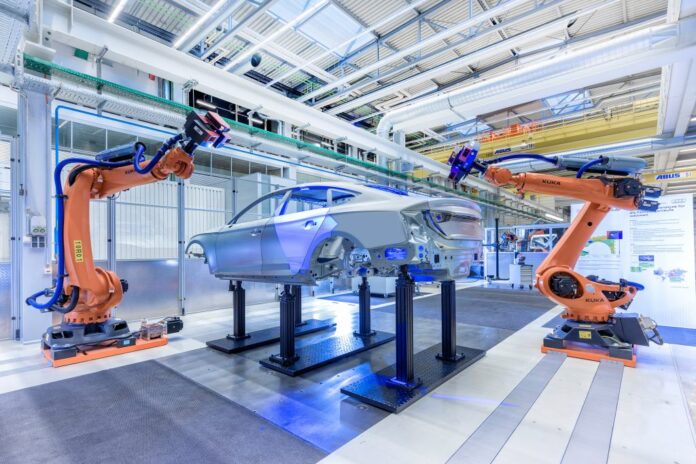 Companies with global footprints were not the only ones showcasing locally made goods; several startups did as well. If you are living in a society like smart city Lahore you will need a car for daily usage. Because these societies are far away from the main city. Three-wheeled electric vehicles (EVs) with cutting-edge specifications were on display, as were Pakistan’s first all-electric loader motorbike and E-bike made specifically for women, reflecting the country’s growing interest in EVs. The PAS Expo 2022 ended up being one of the year’s most attended gatherings for auto fans and business leaders.

Sales of automobiles saw a massive increase in FY22

Customers in the area now have more alternatives than ever before to choose from in terms of new vehicles. In FY22, sales increased across the board for automobile categories.

The most well-known automaker in Pakistan, Pak Suzuki, sold 16,009 vehicles last month, while Hyundai Nishat sold 1,871. However, rickshaw and motorcycle sales were down from the previous fiscal year.

Pakistan is now the sole country producing the Changan Oshan X7 besides China. The manufacturing sector in the country would be greatly strengthened, and the export market expanded. Master Changan Motors announced these specifics in their latest press release.

The local vehicle manufacturing sector is important to the growth and stability of the national economy because it contributes 4% of GDP.

The governmental and private sectors of Pakistan’s auto industry are currently concentrating on meeting consumer demand for affordable hatchbacks and midsize sedans. Vans and minivans are in high demand as well since they serve a variety of purposes and are frequently utilized for business and transportation.

Saturation Of The Local Auto Industry And The Market

Pakistan’s auto industry is presently built on a saturated market due to the abundance of imported options. The rising number of imported vehicles is bad for the economy, but it keeps the domestic automakers on their toes to produce cutting-edge models at reasonable prices.

If you’re looking for a compact automobile on a budget, the Changan Alsvin is a good choice. Changan’s Alsvin competes with compact sedans like the Toyota Yaris and the Honda City. When features are examined side-by-side, Alvin stands out as the clear winner. Changan is making an effort to establish a name for itself in the market, and as a result, it places a premium on efficiency without sacrificing the quality of its wares. It’s a significant factor in why the Changan can undercut many small sedan competitors by a few million rupees.

South Korean automakers Kia and Hyundai are among the latest to sell their wares in Pakistan.

To no one’s surprise, Japanese automakers like Suzuki, Toyota, and Honda have long dominated Pakistan’s market. Pak Suzuki, Toyota Indus, and Honda Atlas Cars are the local names for these imports because of their partnerships with regional firms.

New players entering Pakistan’s vehicle sector, however, suggest that this may soon change. The local auto sector has tremendous potential due to the rising purchasing power of consumers, and other well-known companies are making plans to take advantage of this technology trend.

As an aside, perhaps Changan has caught your attention. Since its inception, this Chinese manufacturer has solely offered minivans and several other utility vehicles in China. However, in 2021, the company will release its first sedan, the ‘Alsvin.’

It was a bold step for Changan, putting it in direct rivalry with other major leaders in the car industry.