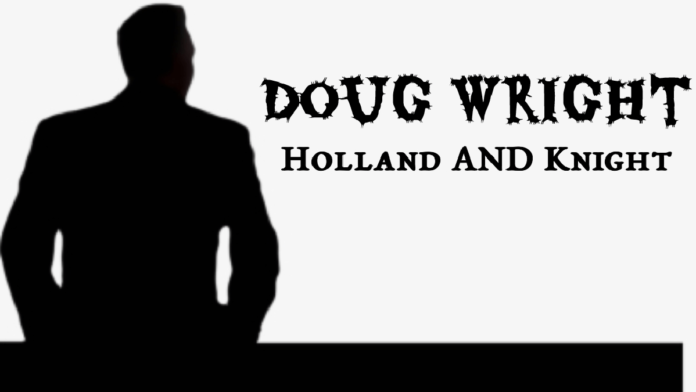 Doug Wright, a partner at Holland & Knight and distinguished member of the firm’s litigation department, passed away Wednesday after his battle with cancer came to an end. He was 76 years old. At the time of his death, Doug was serving as president of the Florida Bar Association, having previously served as the organization’s vice president, secretary and treasurer, and chair of the Grievance Committee. He had previously held many other leadership positions within the Florida Bar, including chairman of the Litigation Section and member of the Rules Committee and Executive Council.

All Information Regarding Doug Wright Holland and Knight’s Legacy

On Friday, July 19th, Holland & Knight announced that Doug Wright had passed away. Mr. Wright joined Holland & Knight in 1964 and retired in 1994 after 41 years of service to their clients and company. Before his passing, he was still serving as a part-time partner at Holland & Knight’s Jacksonville office where he practiced both health care law and international trade issues.

He truly personified the ideals of our organization, remarked Managing Partner Bill Dean on Doug’s death. He is survived by his wife Julia and three children who are also all lawyers: Terry, David, and Heather Wright. This email was sent from Holland and Knight on July 19th, 2021 as a formal notice to their clients that Mr.

Doug Wright worked at Holland & Knight as a partner

Douglas W. Wright died peacefully at his home in Avon, Connecticut on June 12, 2019, at age 92. The first member to serve as Partner-in-Charge of Holland & Knight’s Tampa office in its then-100-year history, Doug led his peers during a time of enormous growth and success as a law firm.

During his 24 years with Holland & Knight, he handled clients such as Consolidated Edison Company and Florida Power Corporation. He also served on many boards for clients and non-profit organizations, including Hillsborough Area Regional Transit Authority (which served 2 million people) and Wesley Church in Tampa. Holland & Knight mourns the loss of its friend and partner.

Doug was a trusted advisor to some of the most important industries in Florida and across the country, said Holland & Knight Chairman Bob Graham. He loved his job, and he loved sharing his knowledge with everyone around him. Doug will be sorely missed by Holland & Knight, said Tim Casey, chairman-elect.

We extend our deepest condolences to his family and friends during this difficult time. Doug Wright passed away on June 20th at the age of 62. Doug graduated from Stetson University College of Law in 1981 and joined Holland & Knight as an associate attorney. In 1994, Doug became a partner at Holland & Knight and spent more than 30 years there until his passing.

Doug was known for many things, but he was most well known for being an expert negotiator. Some would say that one of Doug’s greatest achievements is that he defended clients against all odds in court cases such as Exxon Valdez, American Airlines 587 crash case, BP deep water Horizon disaster case, and Dell Computer private equity takeover case where Doug negotiated better deals for clients than they could have hoped for without him on their side!

Doug Wright, a retired partner from Holland & Floyd, died at a hospice in Miami on February 16, 2018. He was 88 years old. Mr. Wright began his career as an attorney with Holland & Kelly in 1955 and continued with Holland Bros., now known as Holland & Knight, until his retirement in 1990. During this time he worked tirelessly to help keep our clients out of court and focused on doing business rather than fighting legal battles.

Following his retirement, Mr. Wright served as Board Chairman of the Graham Center, which assists indigent individuals whose first language is not English who live or work in Miami-Dade County by providing them with advocacy and legal assistance services related to issues involving housing rights or protections under federal or state law.

Douglas Roy Wright, 66, passed away peacefully at his home on February 17, 2018. Born in Boston, MA, he was a proud product of the neighborhood he served for more than 30 years as a Partner at Holland & Knight. Doug attended schools in Massachusetts and graduated from Suffolk University Law School in 1972.

At Holland & Knight’s Executive Committee level since 2003, he chaired our Practice Management group and recently had been instrumental in planning and establishing our Orlando office, which opened its doors on January 2nd of this year. He also devoted many hours over many years to serving Holland & Knight as a firm Trustee. Outside the office, Doug was an avid bicyclist who put just as much passion into it as he did his law career.

Doug Wright, whose partnership at Holland & Knight spanned more than 30 years, died on December 13, 2018. He was 76. Doug’s decades-long career in law was driven by a passion for serving the needs of others.

He excelled as an attorney and lawyer before turning his attention to philanthropy and volunteer work, participating with organizations such as Habitat for Humanity International, Crisis Ministries, and MLK Cares. He served as a board member or committee chair with entities including Southern Poverty Law Center, Capital Area United Way, and YMCA-Georgia.

Doug Wright, a partner at Holland & Brother, passed away on Wednesday, December 26th after a three-year battle with brain cancer. He was 62 years old. Doug is survived by his wife, Kathy. The couple had been married for 33 years and they have four adult children and five grandchildren together.

The family is currently planning a memorial service to honor Doug’s life later this week or early next week as plans are being finalized and people who were close to him return home from their holiday travels. It will be held at the Church of Christ in Westchester or another location that fits Doug’s request given that one was not picked before he passed away on Wednesday night.